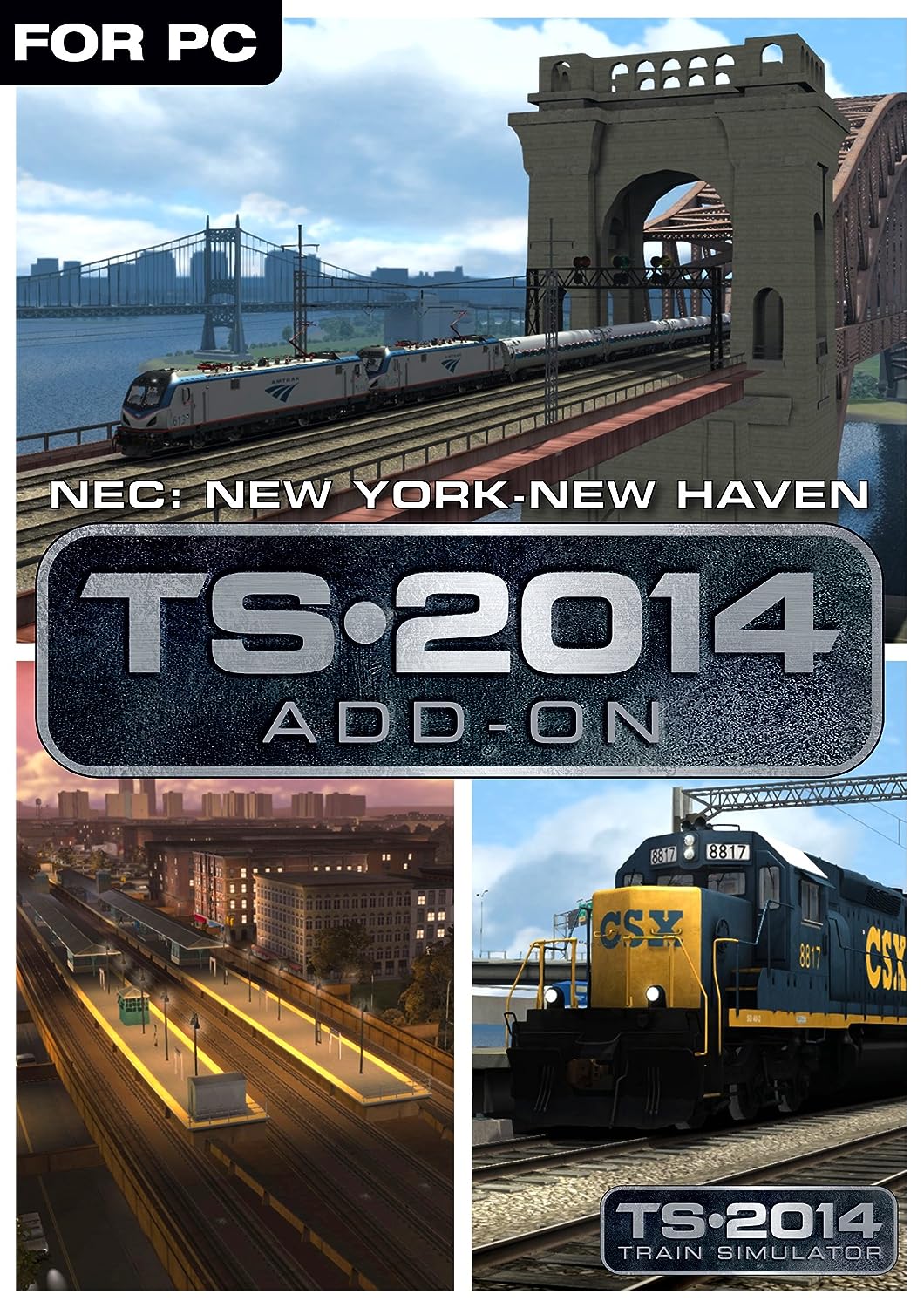 The sprawling Big Apple and the bustling city of New Haven come together in the exciting new NEC: New York-New Haven route for Train Simulator, featuring many of New Yorkâs famous landmarks and advanced signalling throughout.

Joining the USAâs most populated city, New York, to Connecticutâs second largest city, New Haven, the original line was completed in 1849; classic American steam trains were the first to use the line before it was electrified in the early 20th century. It also forms part of the longer Northeast Corridor, which runs from Boston to Washington D.C.

The 75 mile (120km) route for Train Simulator features two of New Yorkâs most famous train terminals, Grand Central Terminal and Penn Station, both within four blocks of each other but serving two different routes through The Big Apple.

The stunning and imperious Grand Central Station in New York â once home to the great passenger trains of the New York Central - is Metro-Northâs southernmost point of its Harlem Line. An underground station, trains depart Grand Central via the Park Avenue Tunnel and Park Avenue Viaduct to Harlem along third-rail lines towards Mount Vernon and New Rochelle.

At New Rochelle, both Metro-North and Amtrak lines merge and continue north on overhead catenary, keeping in sight of Long Island Sound, offering impressive views across Connecticut State, and through Stamford, Bridgeport and Milford, before arriving at New Haven Union Station.

Many branch lines duck and dive off the main line through New York, including the Yankee Branch, which serves the New York Yankees Stadium on baseball match days, and the New Canaan Branch north of Stamford, serving one of the wealthiest communities in the US.

Long-distance Amtrak passenger services along the New York-New Haven line are increasingly operated by ultra-modern ACS-64 electric locomotives, which first entered service in February 2014. Built by Siemens for Amtrak, the ACS-64 is designed to replace the existing fleet of AEM-7 and HHP-8 locomotives on the route. With a maximum power output of 8,600hp, the locomotive is capable of accelerating 18 Amfleet cars to a maximum speed of 125mph in little over eight minutes and is fitted with advanced, state-of-the-art safety systems.

Freight operations on the line are a common sight too, often being pulled by CSX Transportation locomotives. The EMD SD40-2, included with this route, was introduced between 1972 and 1986 and was an upgrade to the SD40 series. Modular electronic control systems give the locomotive more reliability and economy than its competitors, even though it is not as powerful, making it one of the best-selling locomotives of all time.

Train Simulator 2014 is not required to play this game.

Barcelona-based design and animation practice Spot—Studio has reimagined the vision and manufacturing process of Berlin-based furniture designer Adina Burlacu, in...

UNIT By Reform And Aspekt Office, A Kitchen For Our Changing Times

View Of The World: VELUX Transports Us Beyond The Everyday, To Imagine Tomorrow

Contemplating The Eternal Beauty And Strength Of Platinum With La Prairie

The artistic portfolio of photographer Zhang Ahuei has a celestial quality. Absorbed in color and light, her captivating work has...

Mara Lazaridou’s Mesmerizing Photos Are Crafted With Vision And Style

In Reaching For Dawn, Elliott Verdier Poignantly Documents The People And Landscapes Of Post-War Liberia

“Being Queer Is Very Powerful”: Michael Oliver Love On His Vibrant And Defiant Photography Practice

Fashion brand Gräffenberg creates luxurious functional clothes that comfort and nurture the skin. Catalyzed with copper and infused with powerful,...

UNIT By Reform And Aspekt Office, A Kitchen For Our Changing Times

A Visual Essay Exploring The Theme Of Protection, From Tabayer And Lina Scheynius

View Of The World: VELUX Transports Us Beyond The Everyday, To Imagine Tomorrow

Below The Sand’s Surface, Services Généraux Unveils An OASIS

On The Belgian Coast, Residence DVB Is A Calming Place Designed With Tradition In Mind

In a verdant landscape of rivers and hills in China’s Yangshuo County, Beijing-based studio Vector Architects has repurposed a 1960s...

With The Symbolism Of Empowerment, Architect Diana Kellogg Designed This Oval-Shaped School In India

On The Coast Of The Algarve, Atelier Rua’s Casa Um Is A Modern And Charming Retreat

In Paris, Tadao Ando Has Transformed The Neo-Classical Bourse De Commerce Into A Concrete Masterwork

“Being Queer Is Very Powerful”: Michael Oliver Love On His Vibrant And Defiant Photography Practice

“It Takes Courage To Spend Years Of Your Life On A Project”: Rory Gardiner, The Architectural Photographer Using Analog Film

The Art And Science Of Glassblowing: In Conversation With Analog Founder Philipp Weber

IGNANT’s Guide To Brutalism In Berlin

The advent of human flights is one of the most remarkable achievements of humankind–it has brought a new level of...

At The Berlinische Galerie, Anything Goes? Rediscovers Berlin’s Postmodern Cityscapes

The Fluid, Amorphous Paintings Of Virginie Hucher Will Enliven Your Living Room

From The Fields Of Sweden To The Valleys Of Jordan, Felix Odell’s Uniquely Photographed Landscapes

On the harbour of Northern Copenhagen, ‘Vipp Chimney House’ occupies a century-old water pumping station with a 35-meter tall towering...